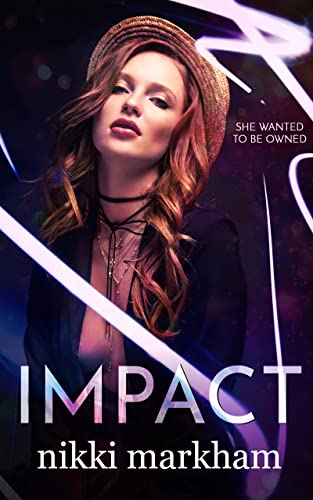 Bailey is 28 years old. She’s single, she’s bisexual, and after stumbling into the wrong club on the right Friday night, she thinks she might be kinky too. Immediately entranced by the sights around her—including the gorgeous and commanding Domme, Isabelle—Bailey wonders if there’s a side of life she’s been missing.

Isabelle is still reeling from a traumatic break up with her old submissive that’s left her questioning the things that used to mean the most to her. She’s relegated herself to casual companionship with no chance of feelings, all in the hopes of repairing her heart. When she meets Bailey—eager, new, and beautiful, Bailey—Isabelle realizes she doesn’t stand a chance.

It doesn’t take long for Isabelle to learn that Bailey’s bright eyed curiosity might be exactly what she needs to heal from her past, and it doesn’t take Bailey long to learn that her new favorite place might be on her knees. But are great chemistry and hot scenes enough to leave a lasting impact on both women or are their days numbered from the start?

Impact is a steamy romance between two bisexual women who share an interest in power exchange, consent, and pleasure.

TW: There are on page discussions about a past relationship that was emotionally abusive.