Below are this week's deals on women loving women fiction from MyQueerSapphFic. These deals are typically only available for a limited time, sometimes today only. 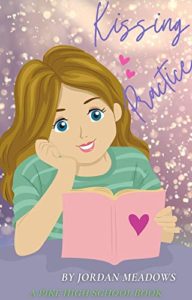 Amazon US
Amazon AU
Amazon Others

The year is 1987, it's Nicki's sixteenth birthday party and she's having a great time with her best friends, hanging out in a hot tub and listening to the radio while snow falls all around. When a playful practice kiss with one friend, Connie, suddenly turns into more and Nicki likes it -- really likes it -- she starts down a path of self discovery.

Will she have to keep this a secret from everyone? Does Connie feel the same way or is this really just practice for her? How should Nicki navigate the winter formal and Christmas with a new...girlfriend?

In this coming of age lesbian romance, Nicki finds support, hurt, and ultimately a new sense of self in more ways than one.

Content warning: While Kissing Practice is overall a positive and uplifting book, there is some homophobia (as is only realistic in middle America in the 80s), and a coming out results in the loss of a friendship. 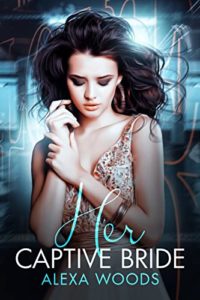 Her Captive Bride (Arranged to Love Book 4) by Alexa Woods

When Veda’s boss stiffs her, she has only one way to get what she’s owed: snatch his daughter, Briar. Trouble is, Briar is secretly in love with Veda and she’s also too hot to resist.

Bodyguard. Ex-military. Kickboxer – Veda is many things. Above all, she’s loyal.

So when her boss, the filthy-rich Jim Mason, asks her to do a less than savory job, Veda complies. But when the louse refuses to pay, she sees red.

No one is allowed to double-cross Veda. Jim will have to fix his mistake. And fast.. Luckily, she knows exactly how to motivate him.

There’s just one snag: now she’s too close to breathtakingly beautiful Briar, and falling for her definitely wasn’t the plan.

Briar can’t believe that this controlled, black-wearing goddess, who’s been keeping her safe, is now her captor.

In the dark about the reasons, Briar should only think of one thing. Escape. But instead – she can’t help but wonder: What should she be escaping from?

From Veda, the woman she’s always had a crush on, and the attraction that flares red hot between them? Or from her old life, where she never had much freedom to make any of her own choices?

As the passion crackles between them, Veda and Briar must decide, when Jim Mason pays up – will they be willing to part?

Veda’s and Briar’s story is the fourth book in the "Arranged to Love” hot and alluring fake relationships lesbian romance series. Each book in the series is a standalone with a guaranteed happily ever after for the couple. 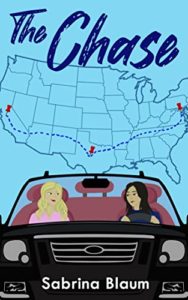 Gabriella Worrington, who has just moved with her family to a new San Francisco neighborhood, clashes with Seren Doyle, president of the local homeowner association. Their meeting is interrupted, leading to a fast-paced, eventful race across the country, with both the mob and the FBI nipping at their heels.

The Chase, the first book in the Constellation series, is a stand-alone romance novel featuring two women confronted with a past they'd rather forget and secrets they'd prefer to bury, as they navigate the closeness that grows between them and the uncertain future that lies ahead.

Aria Bancroft had been in love exactly one time. It didn’t go well, and ever since, she’s been floundering. Choosing sex over relationships and working as a freelance editor more to have something to do than anything else, worked for a time. But as her friends begin to couple off with their new girlfriends, Aria begins to wonder if she can ever feel that kind of love again.

London Carlson met a girl in high school and fell in love. After moving away, she tried to find that kind of connection with other women, but it was never the same. London focused on her friendships instead, and with two of those friends, she decided to open a bakery that happened to be in the same city where that long-lost love lived now.

It was July 4th, and Aria had just gotten back from Europe. She didn’t want to go to the annual fireworks display downtown, but her friends wouldn’t let her off the hook. Seeing the woman she’d only known as a teenager, shook Aria to her core, and she couldn’t believe the girl she’d once thought to be the love of her young life was standing right in front of her. Now that they’re both adults, can they put their past behind them and search for what could still be possible?

The discounted prices featured on MyQueerSapphFic are only available for a limited time (sometimes only on the day of the newsletter) and prices can change without notice, so make sure to check the price listed by the retailer before making the purchase. If the price is higher than expected, the discount may have expired or be unavailable for reasons outside of our control such as technical issues on the retailer side or a scheduling mistake on the part of the author or publisher.

Some discounts are not available in all countries. Additionally, some retailers add sales tax to the purchase price, depending on where they and you are located. These geographical differences are completely outside of our control and are determined by the retailer and/or author/publisher.

Some links featured on this page are affiliate links, which means MyQueerSapphFic will earn a small commission if you decide to buy the book after clicking the link.