Each of these books features a transgender or nonbinary (also sometimes known as 'Enby') character in a loving relationship with a woman or other nonbinary character(s). At least one book features a polyamorous relationship between multiple consenting transgender, lesbian, and enby adults. Several of these stories have multi-cultural elements as well.

This listing was a special edition of MyLesfic that ran on August 7th, of 2020. We hope you enjoy browsing these selections and you look for more such books. 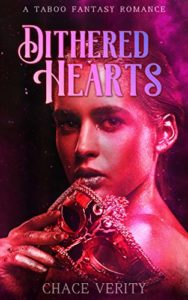 A gender-confused farmer desperate to reclaim her farm and escape her stepparents’ abuse. A closeted prince more interested in helping his people than finding a bride. A fairy godfather with a ton of secrets and no powers. In this diverse fairy tale, everyone is searching for a happy ending.

The masquerade ball to find Prince Longhollow’s future bride might be Cynthia Lynah’s best chance at getting her family farm back. If she can marry him, she’ll have all the money and power she needs. Her newly discovered fairy godfather is ready to help her, but his magic can’t do anything to stop her heart from falling for two women she shouldn’t be attracted to--her stepsisters. In the midst of her flirtations, she causes her fairy godfather to lose his magic and stirs trouble for the prince desperate to save his nation from a famine.

Everyone gets a chance to be the hero of their story, but happy endings seem impossible when they need more than magic to make them happen.

Yoshi Ito was an expert at making people see what he wanted them to see. What most people never realized was that his private life was as much of a special effect as the lighting and projections he designed for the theatre.

Lesley Hayes had her own skills at creating imagery; a successful freelance costume designer, she could turn a sweet-natured guy into a villain or a beautiful dancer into a bog monster. She was trying not to look too hard at Yoshi, because she didn't date men.

But Yoshi had a secret: he was not what he seemed. When Lesley discovered the truth, would she be glad? Or would Yoshi have to say goodbye to the woman he'd come to love?

ILLUSION is a F/F romance novella set in the world of The L.A. Stories. Adult situations, themes, and language. 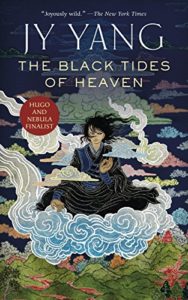 The Black Tides of Heaven by Jy Yang

A Finalist for the Hugo, Nebula, and World Fantasy Awards for Best Novella

The Black Tides of Heaven is one of a pair of unique, standalone introductions to JY Yang's Tensorate Series, which Kate Elliott calls "effortlessly fascinating." For more of the story you can read its twin novella The Red Threads of Fortune, available simultaneously.

Mokoya and Akeha, the twin children of the Protector, were sold to the Grand Monastery as infants. While Mokoya developed her strange prophetic gift, Akeha was always the one who could see the strings that moved adults to action. While Mokoya received visions of what would be, Akeha realized what could be. What's more, they saw the sickness at the heart of their mother's Protectorate.

A rebellion is growing. The Machinists discover new levers to move the world every day, while the Tensors fight to put them down and preserve the power of the state. Unwilling to continue as a pawn in their mother's twisted schemes, Akeha leaves the Tensorate behind and falls in with the rebels. But every step Akeha takes towards the Machinists is a step away from Mokoya. Can Akeha find peace without shattering the bond they share with their twin? 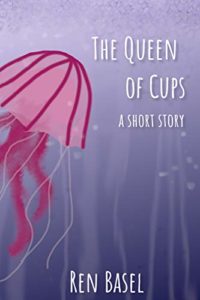 The Queen of Cups a short story by Ren Basel

A mysterious woman known only as The Oracle resides on the seashore, blessing ships and telling fortunes for those who can pay her price. For new-made ship captain Theo Marinos, the price is higher than it first seems.

If Theo has any hope of surviving their ship's first voyage, they must trust not just in The Oracle, but in themself--for the journey is long, and the ocean's tests are many. 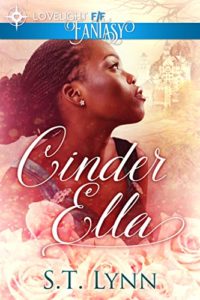 Ella is transgender. She's known since she was young; being a woman just fit better. She was happier in skirts than trousers, but that was before her stepmother moved in. Eleanor can't stand her, and after Ella's father passes she's forced to revert to Cole, a lump of a son. She cooks, she cleans, and she tolerates being called the wrong name for the sake of a roof over her head. Where else can she go?

An opportunity to attend the royal ball transforms Ella's life. For the first time, strangers see a woman when she walks down the stairs. While Princess Lizabetta invited Cole to the ball, she doesn't blink an eye when Cinderella is the one who shows. The princess is elegant, bold, and everything Ella never knew she wanted. For a moment she glimpses a world that can accept her, and she holds on tight.

She should have known it wouldn't last. Dumped by her wicked stepmother on the farthest edge of the kingdom, Ella must find a way to let go of the princess and the beautiful life they shared for an hour. She'll never find her way back. But it's hard to forget the greatest night of her life when every rose she plants is a reminder. 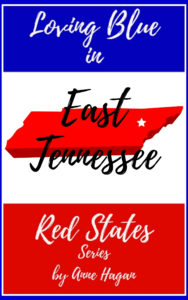 Sparks fly when storytelling and drag racing collide off the track.

East Tennessee is a tranquil place of mountain vistas most of the time. It’s a place where storytellers abound, and people travel from all over the world to the annual Storyteller Festival in Jonesborough. The calm of the area is broken only occasionally when the racetracks in Bristol rev to life.

Grace loves her job as one of the directors of the International Storytelling Center. She’s found her calling. She’s anxious to continue pursuing both her education in the arts and her writing.

Her plans for her future set, Grace finds herself talked into taking on a project for Literacy Tennessee that she has little time for but a whole lot of passion. The project tugging at her heartstrings comes with other strings she’s not sure how to handle, like her old high school crush Samantha who’s now living life as Sam, a non-binary drag racer with almost as many plot twists to his story as he has runs down the dragstrip in Bristol.

Will Grace stick to her carefully laid out plot for her life, or will she let Sam throw a wrench into the works? 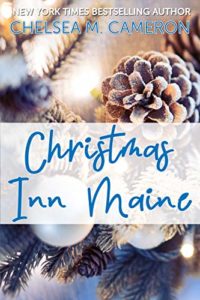 All Colden Hayes wanted was to spend Christmas by herself in a cottage by the sea where the cheer of the holiday season couldn’t reach her. Everything was going according to plan until the cottage she rented turned out not to exist and she ends up snowed in at a charming inn that happens to be owned by the family of her most-hated coworker, Laura Sterling. Talk about bad luck.

Colden ends up saying yes to Laura’s mother when she insists on giving her a room. It’s only for a night, but she somehow finds herself agreeing to spend Christmas with the Sterlings as well. She blamed the festive atmosphere that she couldn’t seem to escape. Maybe there’s something in the mistletoe?

Against her will, Colden finds herself being sucked into the comfort and joy of the season, even though she can’t seem to escape Laura, who is literally everywhere Colden is, like she’s doing it on purpose. Things get even worse when they’re forced to share a bed when there’s a fire at a local farm and the inn offers all the available rooms to the family.

Colden finally realizes there’s a thin line between annoyance and attraction, and she and Laura definitely crossed it. She’s also pretty sure that Laura’s mother is shipping them hard and so is the rest of her family, right down to her great-grandmother whose main companion is a two-hundred-pound pig named Minnie.

Will the magic of the holiday season melt Colden’s heart? Or will she go back to Boston alone, with only the memories to keep her warm?

No More Heroes by Michelle Kan

The peaceful nights are kept under the clandestine and watchful eye of young, gifted Vigilantes the world over. But a sudden rash of Vigilante deaths heralds the arrival of a new and unfamiliar enemy - one whose motive is as unclear as their identity. Someone or something seems determined to disturb the peace, and they're going straight for the watchmen to do it. In a city where those who are gifted make up their own rules, who will step forward when the threat of a swift end is real and there stands so little to gain?

NO MORE HEROES is an urban fantasy action/adventure novel about young would-be heroes who get more than they bargained for when they delve deeper into a world they never knew they were a part of. Featuring a diverse cast of players, discord, a mystery to be solved, plenty of literary action and high-stakes battles, NO MORE HEROES is a story about self-belief and camaraderie, persistence in the face of trials, and what it means to be the best version of yourself. 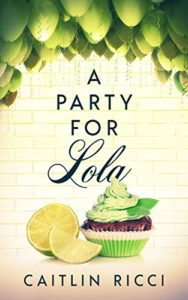 A Party for Lola a short story by Caitlin Ricci

It's Lola's fortieth birthday, and she's expecting nothing more than a quiet evening at home with her family. As the day passes, however, her loved ones have something much bigger in store and are working diligently to make certain this birthday is one she'll always remember.

The discounted prices featured on My LesFic are only available for a limited time (sometimes only on the day of the newsletter) and prices can change without notice, so make sure to check the price listed by the retailer before making the purchase. If the price is higher than expected, the discount may have expired or be unavailable for reasons outside of our control such as technical issues on the retailer side or a scheduling mistake on the part of the author or publisher.

Some discounts are not available in all countries. Additionally, some retailers add sales tax to the purchase price, depending on where they and you are located. These geographical differences are completely outside of our control and are determined by the retailer and/or author/publisher.

Some links featured on this page are affiliate links, which means My LesFic will earn a small commission if you decide to buy the book after clicking the link.