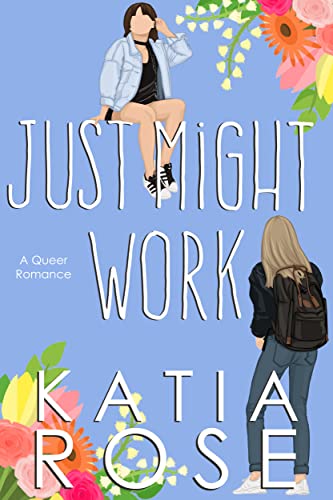 As a self-proclaimed ‘cosmically guided matchmaker,’ she’s played every card in the deck trying to set Dane up with the perfect match she’s found.

The problem? The ‘perfect’ match is Evangeline Hudson.

Dane and Evangeline rent rooms in Dane’s eccentric aunt’s house, but that’s where their similarities end. Dane is a drifter who freewheels from one odd job to the next, and Evangeline is an overachieving undergrad with a ten year plan so detailed it reads like an autobiography.

The two can’t even agree on a laundry schedule without feuding, but when Dane’s aunt reveals new tenants ready to take over the lease, they realize they’ll need to play some cards of their own to keep the beautiful old house they both love.

Their plan is simple: fake falling for each other long enough to get some soul mate sympathy—and a lease renewal.

A few lingering glances, some ‘accidental’ touches, maybe some well-timed tiptoeing into each other’s rooms late at night…

Only said tiptoeing starts to heat the house up faster than they can stop it. As their plan begins peeling back the layers between them to reveal more similarities and way more feelings than either expected to find, Dane and Evangeline are forced to toe the line between real and fake—and decide which side they’re brave enough to stand on.

Just Might Work is a New Adult NBLW lesbian romantic comedy featuring a non-binary lead and a cis heroine faking their way into real love.